“How is Scheer going to pay for his latest announcement when he hasn’t released a platform and has to make billions in cuts?

“Liberals have a costed platform and we are ready to support infrastructure projects; we’re just waiting for the Ford government to show up.

“Andrew Scheer should call up his friend Doug Ford and ask why he didn’t submit a business case for these projects until August, on the eve of the election.

“The truth is that Conservatives won’t actually build the projects. Scheer hasn’t released his platform and has a $17B hole in his fiscal framework. Scheer won’t be able to make investments because he needs to make massive cuts.

“Conservatives always campaign saying they’re ‘for the people’ – then they cut taxes for the wealthy and cut services for everybody else.” 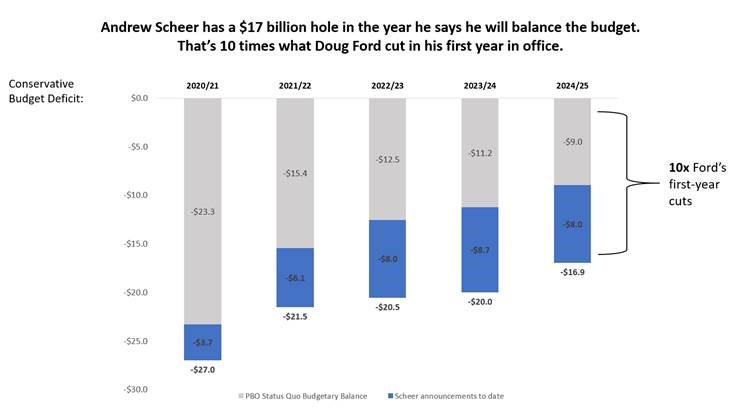